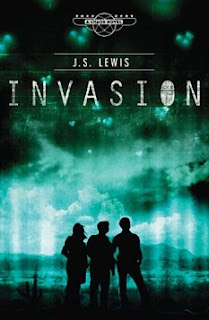 Colt McAlister was having the summer of his life.  He spent his days surfing and his nights playing guitar on the beach with friends.  He even met a girl and got his first car.  But everything changes when his parents are killed in a freak accident.
He’s forced to leave his old life behind and move to Arizona with his grandfather.  The only person he knows at the new high school is a childhood friend named Dani.  And Oz, a guy he’s sure he’s never met but who is strangely familiar.
But what if his parents’ death wasn’t an accident?  His mother, an investigative reporter, was going to expose the secret mind control program run by one of the world’s largest companies.  Before she could release the story, what if agents from Trident Biotech made sure she couldn’t go public?
Vowing to uncover the truth, Colt gets drawn into a secret world of aliens, shapeshifters, flying motorcycles, and invisible gateways.
He didn’t ask for the job, but now all that stands between us and CHAOS… is Colt.
The invasion has begun.
My thoughts:
As a story in its self, this book was engaging and interesting… if it seemed a little corny at times.  Every time I sat down to read it, I really didn’t want to put it down.  I even stayed up until 5 am one night to finish it.  And you know a book is good when it does that to you.  J
However, like I mentioned before, it did seem a little bit cheesy at times.  The whole plot is basically that the aliens and Super heroes out of certain comic books are real.  I never was a super huge fan of comic books in the first place (though I’ll check out a graphic novel if it’s based on one of my favorite stories).  The idea of comic book aliens being real and really trying to take over the world… well, in my opinion it’s sort of been done before.   This book just didn’t feel very original to me.  That’s not to say it wasn’t good… just not original.  To be honest, I kept thinking of James Patterson’s “Daniel X” books, as I was reading this.  And I guess that could be taken two ways, since I really like the “Daniel X” books.
The other thing I notices was that, even though it’s published by Thomas Nelson, there’s hardly any real mention of God or Church, or anything similar.  Colt went to church a couple of times when his Grandpa made him go, and then he started going because there was a girl there he sort of liked.  Other than that, there’s really not anything that might help in growing a person’s faith, or even in improving the character’s relationship with God.  In fact, Colt’s main mission is to get revenge for the deaths of his parents.
There were a few other things I could have nit picked, but they are probably just my own personal preferences.  “Invasion” is, over all, a pretty good read… but one I might have found at any other major publishing house.  I give it 3 stars out of 5.  If you’re looking for an interesting bit of high action science fiction – comic-book style – then this is a very good read for you.  Even if you just want high action, or just the science fiction.  But don’t read this book really expecting to learn anything spiritual, or to confirm a belief.  This one is purely entertaining.
Posted by Star-Dreamer at 8:38 AM 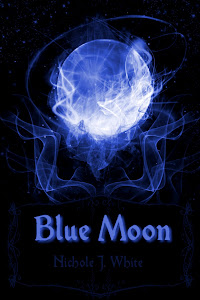